INFO COVID-19 : All our events are suspended until further notice, information related to postponement or cancellation will be updated on each date as it happens. Thank you to privilege our social networks and the site in order to keep you informed and not to saturate our standard. Thank you for your understanding. 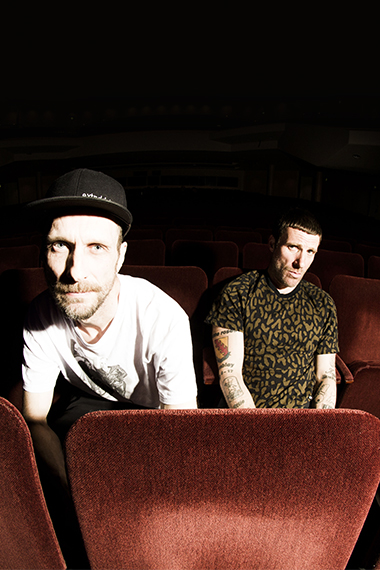 Sleaford Mods kick off the New Year with a new single entitled ‘Kebab Spider’, which is out today.

Jason says of the track ‘Kebab Spider’; “The accumulation of torment for those that refuse to capitalise solely through mediocre channels and as a result are ejected back onto the concrete. Obscure and under the horror as a giant spider crawls out the crown of their small portion of street meat”.

‘Kebab Spider’ is taken from their upcoming album, ‘ Eton Alive’, which is out February 22nd. Recorded in Nottingham, it features 12 new tracks from the prolific duo.  The record will be the first release on Jason and Andrew’s newly formed label ‘Extreme Eating.’

A London show at the 100 Club on February 21st is also announced today.  Tickets go on sale February 1st.   This date kicks off an extensive run of UK shows that sees the guys on the road until May.

More than a live show, this is a group that will take you on a journey. It’s a commanding, mesmerising ceremony through the gateways that only music can unlock. Drawing audiences, like summoning spirits, THE DSM IV are a revelation!

Primitive Acid House beats, an anarchic nature akin to The Fall, the wild abandon of the Stooges, the unapologetic freedom of Suicide, the astute observational lyricism of Arthur Lee, the unfakeable attitude of Happy Mondays, and guitars played how they should be and you can begin to imagine what this band are tuned in to.

Born out of their belief in the inexorable destiny of using their lives to make music, THE DSM IV bring their vision into reality with the deep desire to imbue the times in which we live with the belief – in the potential of all things!

If you want tunes & anthems for a new generation of real music fans, you’ll find yourself… here.