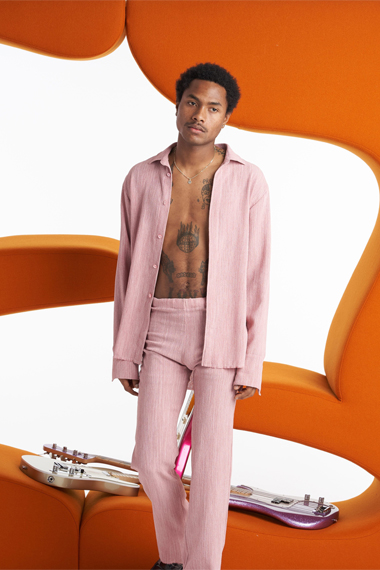 At the ripe age of 21, the Grammy-nominated Compton native already has a veteran’s resume; he was Wired Magazine’s Tech Visionary, Time Magazine’s Most Influential Teen, produced-written-featured with Solange, J Cole, Vampire Weekend, Blood Orange, and produced some of Kendrick Lamar’s DAMN on his iphone. He’s also toured the world 3x with his bandmates THE INTERNET, given a TED Talk, worked extensively with Gucci and Louis Vuitton on behalf of Virgil Abloh (including walking at the LV Paris Fashion Week show) and eschewed all major label offers to release his first album on his terms.